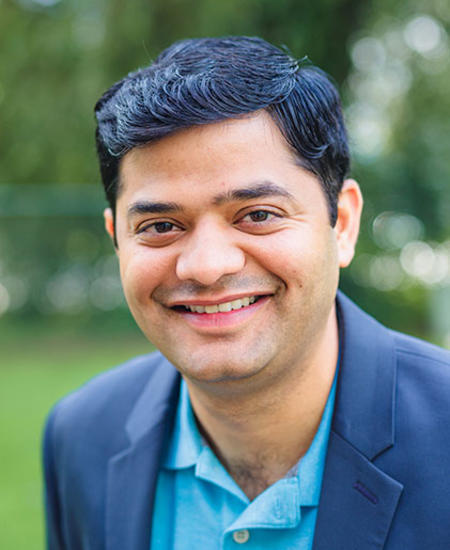 Ishan Thakkar is an Assistant Professor in the Department of Electrical and Computer Engineering at the University of Kentucky, Lexington, KY. He is Director of the Unconventional Computing Architectures and Technologies (UCAT) Laboratory. He received his Ph.D. and M.S. in Electrical Engineering from Colorado State University (CSU), Fort Collins, CO in 2018 and 2013, respectively. During his Ph.D. studies at CSU, he was a member of the Embedded Systems and High-Performance Computing (EPiC) Laboratory. He joined the University of Kentucky (UK) in 2018. His research broadly focuses on the design and optimization of unconventional (More than Moore) architectures and technologies for energy-efficient, reliable, and secure computing, for a wide scope of platforms including embedded systems, internet-of-things (IoT), and high-performance computing systems.

Dr. Thakkar is the recipient of the best paper award from IEEE/ACM SLIP 2016 workshop, a best paper nomination from the IEEE ISQED 2016 conference, and a best paper nomination from the IEEE TMSCS journal in 2015, for his research contributions. He is currently an Associate Editor for the IEEE TCVLSI Newsletter. He has served as an Organizing Committee Member of IEEE/ACM conferences and workshops such as IEEE International Green and Sustainable Computing (IGSC) conference, IEEE/ACM International Symposium on Networks-on-Chip (NOCS), IEEE/ACM International Workshop on Network on Chip Architectures (NOCARC), and the Workshop on Computing with Unconventional Technologies (CUT). He is also on the Technical Program Committee of several international conferences such as IEEE/ACM DAC, IEEE/ACM CODES+ISSS conference, IEEE/ACM NOCS, ACM GLSVLSI, IEEE ISQED, IEEE RTAS, IEEE IGSC conference, IEEE EVLSID conference, and IEEE MCSoC conference. He has served as a reviewer for many journals, including IEEE TC, IEEE TVLSI, IEEE TCAD, IEEE TMSCS, ACM TECS, ACM JETC, ACM TODAES, Elsevier JPDC.